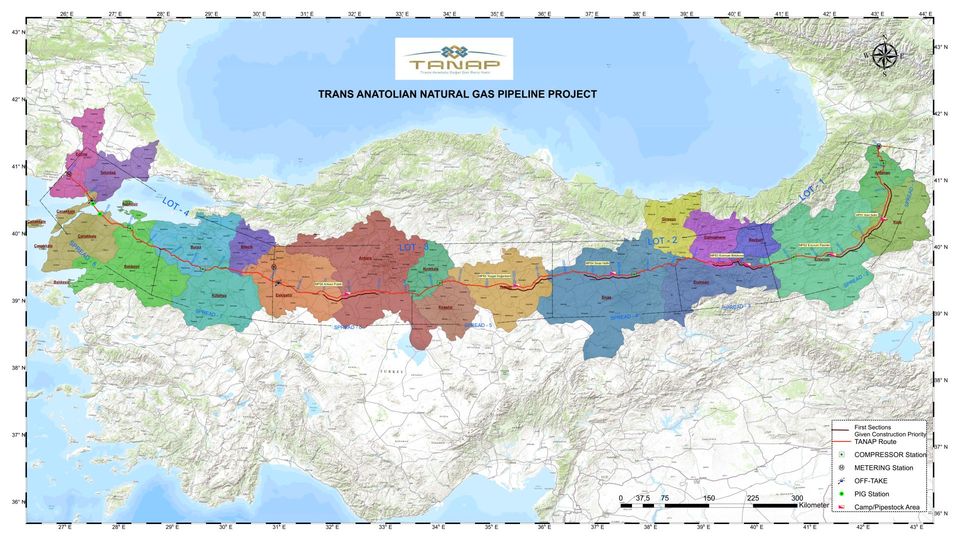 TANAP connects directly to SCP on the Georgia-Turkey border and will connect to TAP on the Turkey-Greece border. The Memorandum of Understanding between Azerbaijan and Turkey in relation to TANAP project was signed on 24 December 2011. The “Intergovernmental Agreement between the Government of the Republic of Turkey and the Government of the Republic of Azerbaijan concerning the Trans-Anatolian Natural Gas Pipeline System” and the “Host Government Agreement” between the Republic of Turkey and TANAP company were signed on 26 June 2012 and ratified by the appropriate legislative bodies of two countries. TANAP carries on significant economic value due to its potential to transport not only the natural gas from Shah Deniz field to European end markets, but also from other fields of Azerbaijan. TANAP groundbreaking ceremony was held on 17 March 2015. The pipeline is 1,793 km long (plus 18.785 km long dual subsea pipeline at Dardanelles) and started operating on June 30 2018 . Initial transportation capacity will be 16.2 bcma (expandable to 30.7 bcma).

Find out more about the TANAP project